Swift Current and Saskatoon drivers can find class-exclusive performance and convenience, and the 2015 Ram 1500 reviews back it up as the premier model in the light-trucking segment. Outshining vehicles like the 2015 Ford F-150, 2015 Chevrolet Silverado, and the 2015 Toyota Tundra with exclusive engines options, storage facilities, and onboard entertainment, the new Ram 1500 towers above the so-called competition.

The 2015 Ram 1500 reviews attest that it is the only light truck to offer a diesel engine, allowing Swift Current and Saskatoon residents to drive cleaner on less fuel. Sacrificing nothing in the way of power the 3.0L EcoDiesel V6 engine produces an exceptional output of 420 lb-ft of torque – more power than you’ll receive from the 2015 F-150, 2015 Silverado, or the 2015 Tundra.

Using cutting-edge technology such as a selective catalyst-reduction system with diesel exhaust fuel, this state-of-the-art powerhouse is more environmentally friendly than a standard gas engine, and demands very little in the way of routine maintenance work. 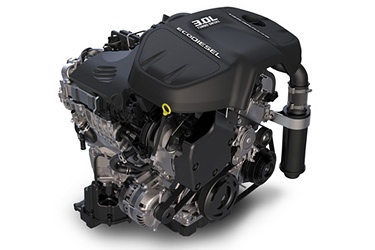 The 3.0L EcoDiesel doesn’t just provide lowered emissions — it also makes the 2015 Ram 1500 the most fuel-efficient pickup in the country, with lower consumption rates than the new F-150, Silverado, and Tundra:

You won’t find the same engine choices with the new F-150, Silverado, and Tundra, and you won’t be able to experience the fully class-exclusive RamBox either. A trendsetter in terms of flexible cargo storage, this multi-facet storage system includes:

Exclusive the Ram trucks, the RamBox is an essential part of the Ram 1500 package, allowing you the flexibility to get each job completed quickly and efficiently – a testament to Ram’s experience in the trucking market. 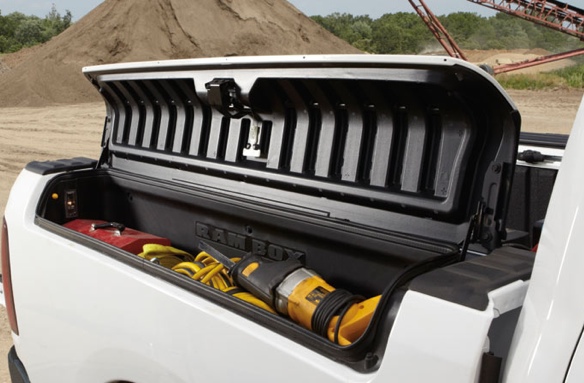 Exterior storage versatility is complemented by high-end interior technology. Standard with the 2015 Ram 1500 but unavailable with the 2015 F-150, 2015 Silverado, or the 2015 Tundra is the vaunted Uconnect multimedia system.Allowing Saskatoon drivers to control their cell phones and Mp3 players from one easy-to-use touchscreen display, the Uconnect system provides an intuitive operations centre from which to control your ride. With voice commands for calling and texting, and an available GPS-based navigational system, the Uconnect system might not be your primary reason for investing in a Ram 1500, but it’s sure to improve every drive you embark upon.

Truck drivers need to play close attention to facts and figures like those supplied above, but even the most compelling information is trumped by real-world testing from industry experts. Fortunately, Motor Trend has already conducted that research themselves.They took the 2015 Ram 1500, 2015 Ford F-150, and the 2015 Chevrolet Silverado on a strenuous 260-mile journey through California and Arizona, testing each truck’s performance with a variety of exercises to assess their real-world potential. When all scores were totaled, the 2015 Ram 1500 was named Motor Trend’s Half-Ton Pickup Shootout, with their team feeling astounded by the performance of the EcoDiesel engine and its accompanying eight-speed TorqueFlite transmission.

See Why the Ram 1500 Reviews are so Positive

The Ram 1500 reviews show that it’s a superior truck for Swift Current and Saskatoon, SK drivers, both on paper and in the real world. To test drive yours, come down to Knight Dodge today.